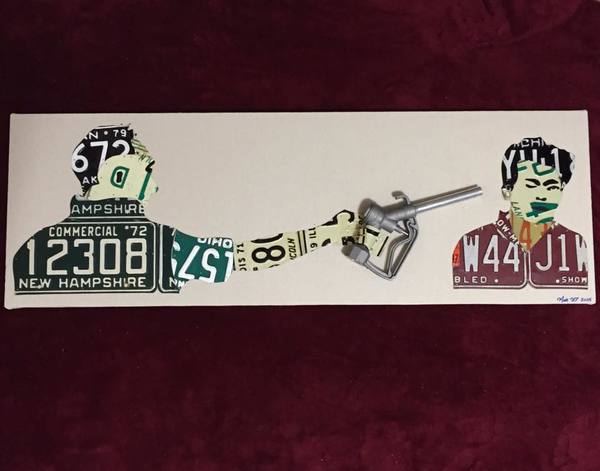 Very interesting piece to learn the history behind. This photo by AP photographer Eddie Adams won the Pulitzer Prize in 1969 and was widely used by the anti-war movement in the US because of the extreme nature of the execution of a Viet Cong soldier by a South Vietnamese officer. In context though it makes a little more sense. The man being executed on the right was Nguyen Van Lem, a leader of a Viet Cong death squad who targeted South Vietnamese police officers and their families. The man on the left acting as judge, jury, and executioner was Nguyen Ngoc Loan, the police chief. Van Lem had just been captured after killing seven police officers and their wives and children (34 victims total), several of the children being Ngoc Loan's godchildren. After pulling the trigger, the police Captain turned to the photographer and said "very bad man, killed many of my men and yours". The photographer felt guilty later that this moment was twisted into propaganda and apologized to the police Captain over the years for ruining his future. Mr. Adams said "He killed the Viet Cong and I killed him." The police Captain would go on to lose his leg in the war, come to the US on asylum, and open a pizzeria in Virginia until his identity was revealed years later and he closed it after threats. One of the oddest facts i learned was that years later a reporter had tracked down different people in the photo. One fellow in the background was a Saigon street sweeper and when the reporter asked him what he thought on that day, he said the first thing I thought was "Who the fuck is going to clean that up!" And he said that because of a labor dispute that was going on at the time that the gory mess staying there for days. History is fascinating. (mounted on khaki canvas)

Copyright © 2015 by Matt Black, Pensacola, FL. Collect an existing piece by clicking the "Buy Now" button or order a custom piece by sending an email to matt@mattblackfolkart.com